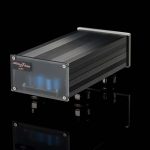 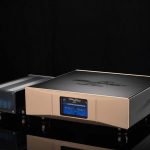 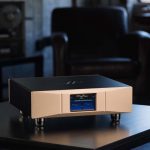 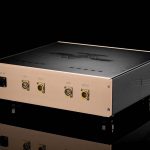 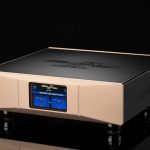 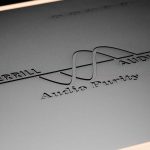 The Master Tape Head preamplifier, unlike the Master Trident, has one input, rather than three. Trident has 254 clicks for volume, VU meter and HF, Master has 1024 clicks. Those are the only differences.

So who is it for?

We don’t know. If you are professional engineer with time and workflow considerations working with tape masters you’ll be wanting the Trident with its three individually configurable inputs. Master would appeal to the audiophile who has one treasured tape deck and a considerable collection of reel-to-reel recordings. We understand that the number of such individuals has to be vanishingly small. If there is a gap in the market here for Merrill Audio’s meticulous and musically faithful approach, there probably isn’t a market in the gap.

Nevertheless our love of analogue magnetic tape, its breadth, dynamism, detail and presence is such that we had to do it. We have almost certainly spent orders of magnitude more in research and development than we will ever get back from this niche product.

But it’s a tribute. It’s a homage to the legacy of tape masters, field recordings, historical moments, captured in delicate ribbons, stowed away, archived, somewhere, waiting to reveal their innermost secrets.

The world of audiophile tape appreciation is tiny. It may even become extinct. We have listened to the competition. We can do better. There is so much nuance, inflexion and subliminal, but vital, musical and other information hidden in those shiny brown strips that has never been heard. The Master tape head preamplifier from Merrill Audio is a pure enthusiast offering. It is for lovers. It is a service to passion and the desire to hold, enjoy, revisit in a brighter, more sympathetic, more revealing light than ever before, our priceless recorded heritage.

Robert Witrak, mastering engineer and owner of High Definition Tape Transfers: “This made my 7 1/2 ips tapes sound like 15 ips tapes.”

We hope that someone, somewhere will find a new vista, a more rounded, holographic, dynamically faithful? and complete view of the music or other data in some dear, beloved, never to be relinquished tape collection. If there is one person out there looking for that: the Master tape head preamplifier from Merrill Audio is for you. You are welcome.