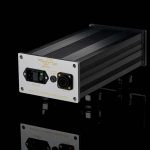 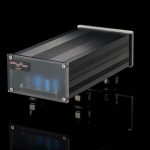 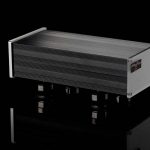 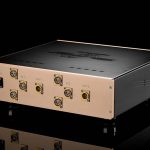 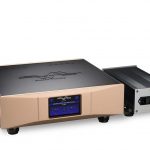 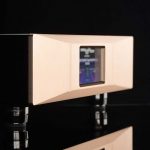 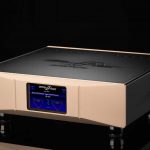 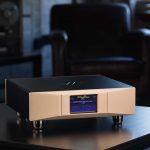 There can’t be many of us, lovers of music and fine audio, who have quite gotten over the magic, resolution, spaciousness and delicacy of analogue tape.

The Merrill Audio Master Trident tape head preamplifier was built for the professional recording engineer, working with tape masters. It features three inputs with independent settings that can be saved, for improved workflow. 0-71Db of gain per channel selectable through 254 increments, touch panel screen, balanced inputs and output. Equalisation curves are presented for NAB, IEC and IEC2/AES to accommodate European and American standards.

Merrill Audio’s Master Trident tape head preamplifier is our contribution, and homage, to the legacy of magnetic tape. It is our wish to provide simply the best tape mastering preamplifier available.

There are some unique challenges in working with tape ? the dynamic range can be large, the velocity of transients, sonic ‘bloom’, immediacy, slam, all arriving within an envelope of effortlessness and space. Merrill Audio’s unique approach to speed. ‘ready state’ and dynamics is perfectly poised to service the smorgasbord of auditory delights hidden within reel-to-reel.

Merrill Audio’s Master Trident tape head preamplifier presents a new standard for the resolution of difficult sonic events, such as piano. Piano is notoriously hard to reproduce. Each piano note, or chord is a percussive packet which arrives with singular speed and a considerable harmonic richness, especially if the instrument is a fine one. It must be preserved. Most preamps are wrong-footed by this. At Merrill Audio we pay particular attention to the issues around very fast, harmonically rich events. Merrill himself is a pianist and understands very well how the piano sound moves in space with immediacy and holographic presence. Master Trident provides class leading fidelity to the complexities of overtone and undertone harmonics delivered in explosive sonic phenomena as well as, of course, delivering a state of the art ‘blacker than black’ noise floor to reveal vital ambient cues and musical nuances locked in the original recording.

Reel-to-reel tape recordings still contain secrets. At Merrill Audio we would like to unlock those secrets, in a spirit of tribute and deep respect to our wonderful, actually priceless, audio heritage.

Call us today to arrange your audition of the Master Trident tape head mastering preamplifier.